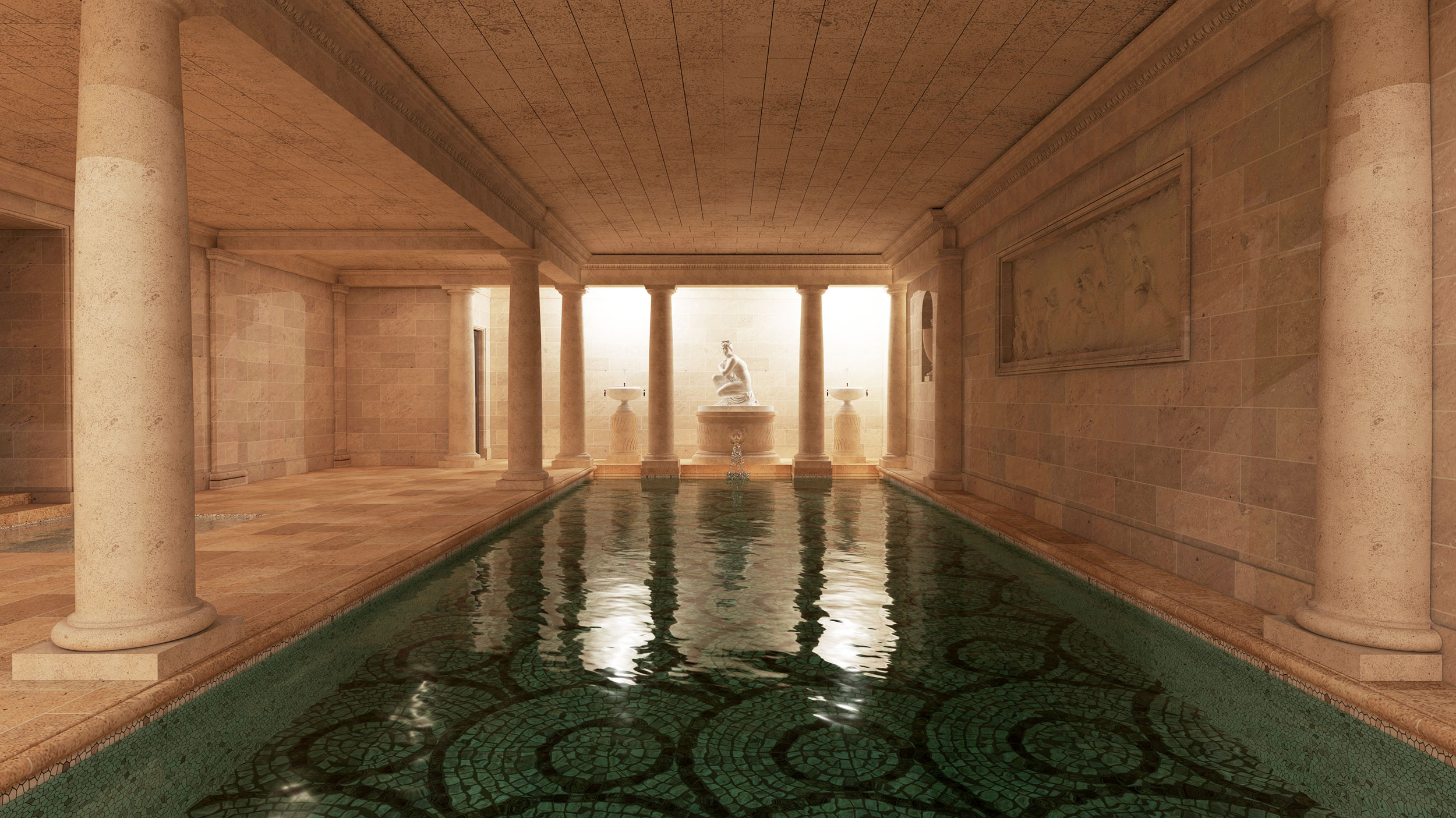 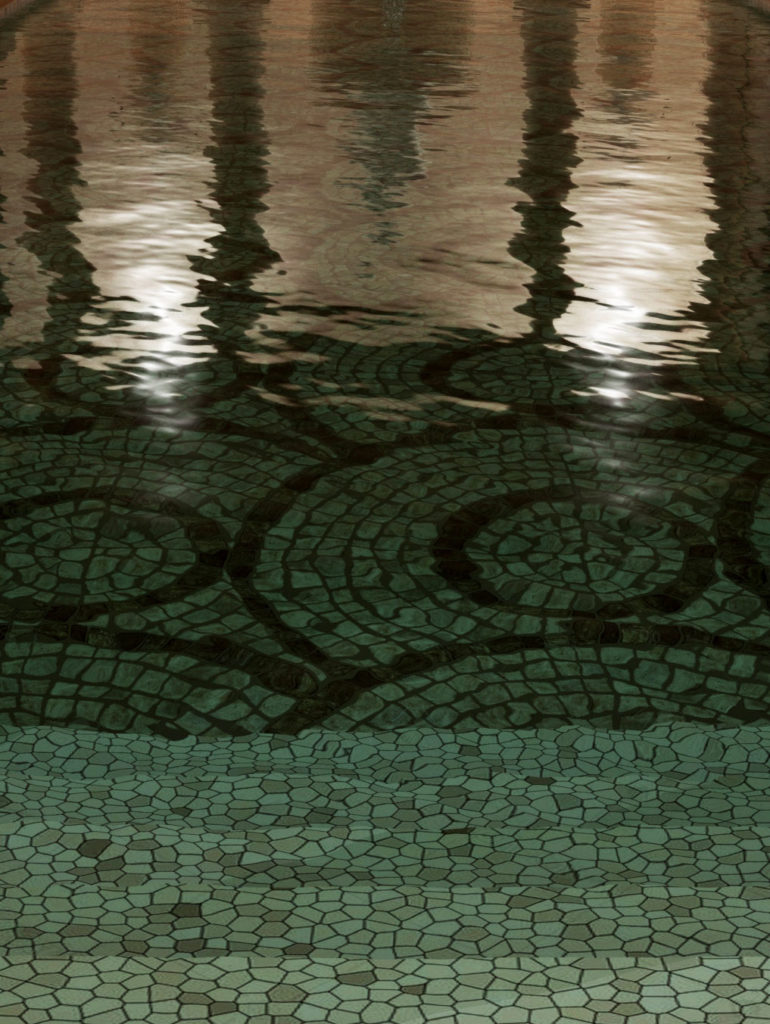 Hérès was commissioned to create the decorative stone elements of a swimming pool built into the basement of a 17th century mansion in the Le Marais district of Paris. Hérès came up with décor inspired by antiquity.
Influenced by a project carried out by Alexandre-Théodore Brongnard at the end of the 18th century for the Baron de Besenval, Hérès designed a swimming pool with a décor of columns, flat vaults and sculptures in the round and in bas-relief with a view to recreating the original ambiance of a nymphaeum in ancient times.

A spring, emerging from two marble basins, supplies the basin framed by Tuscan columns with water. Under the benevolent gaze of a crouching Venus, a frieze of Clodion, inspired by Ovid's metamorphoses, completes the ancient style of the setting. 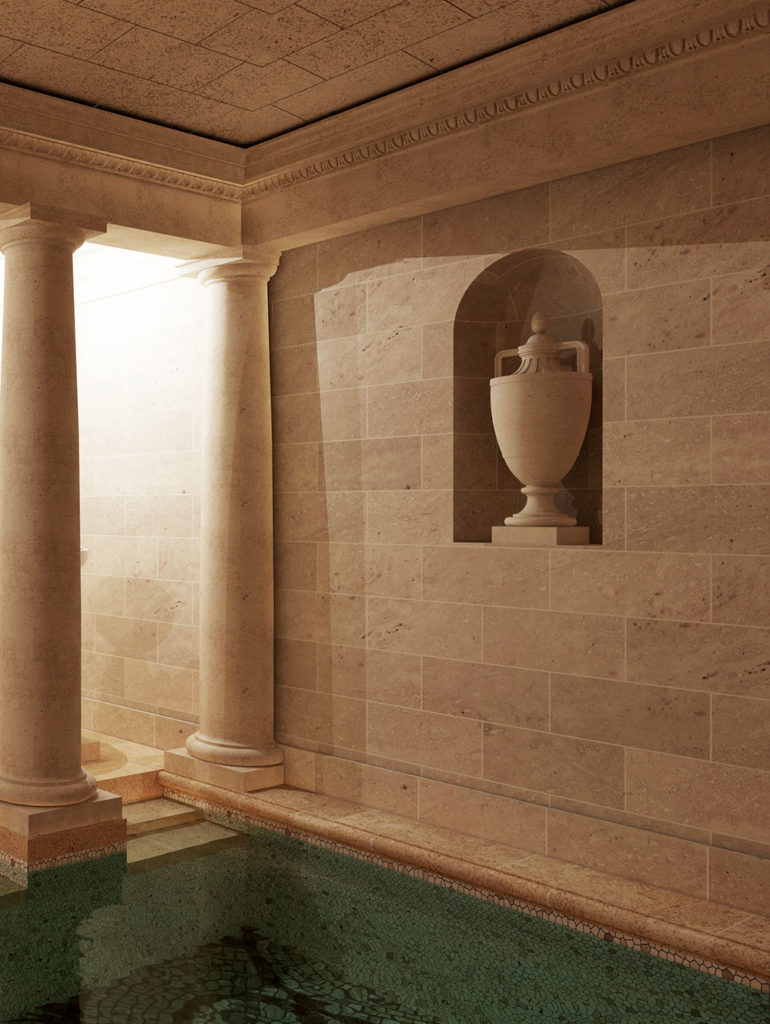 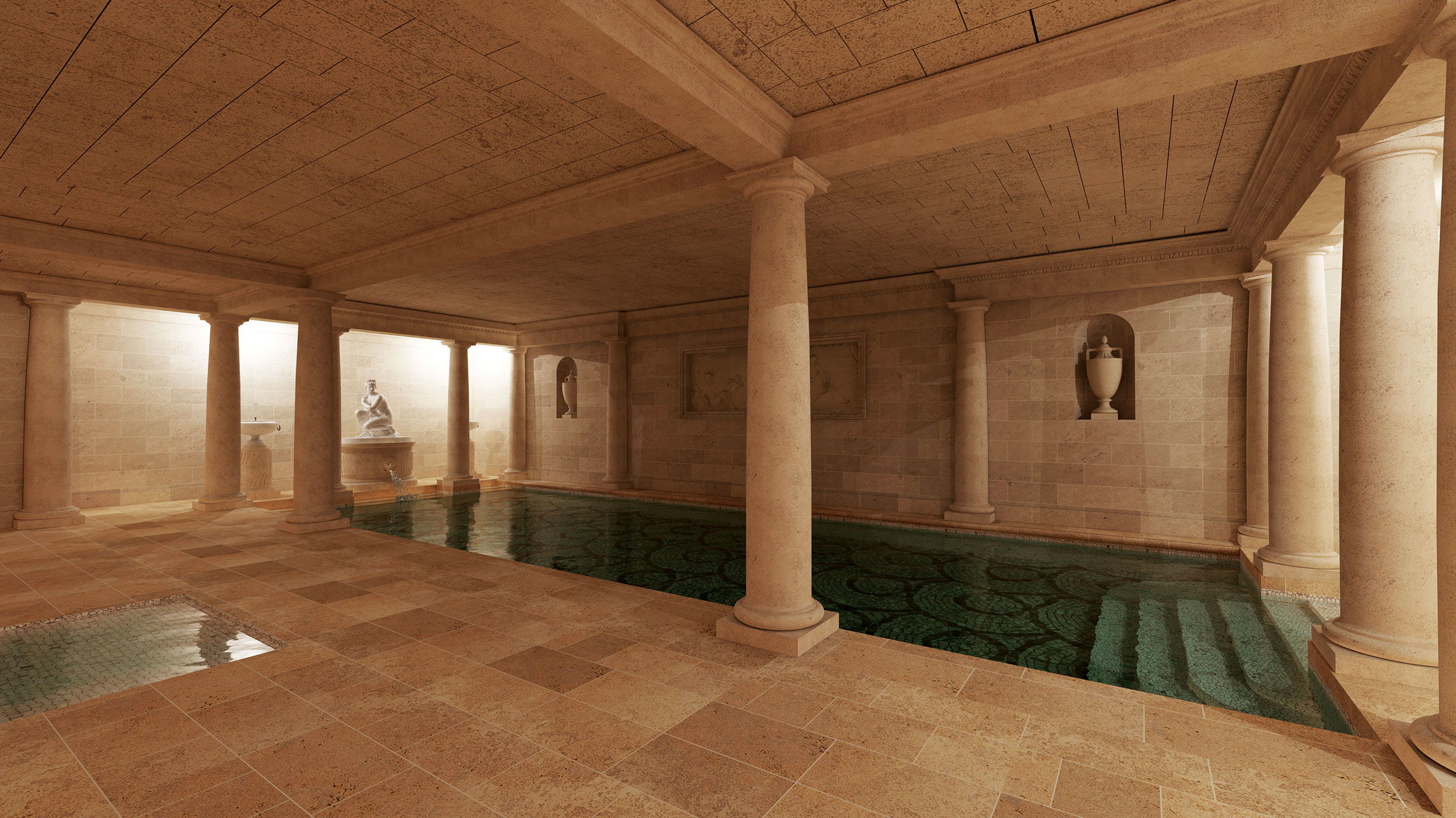 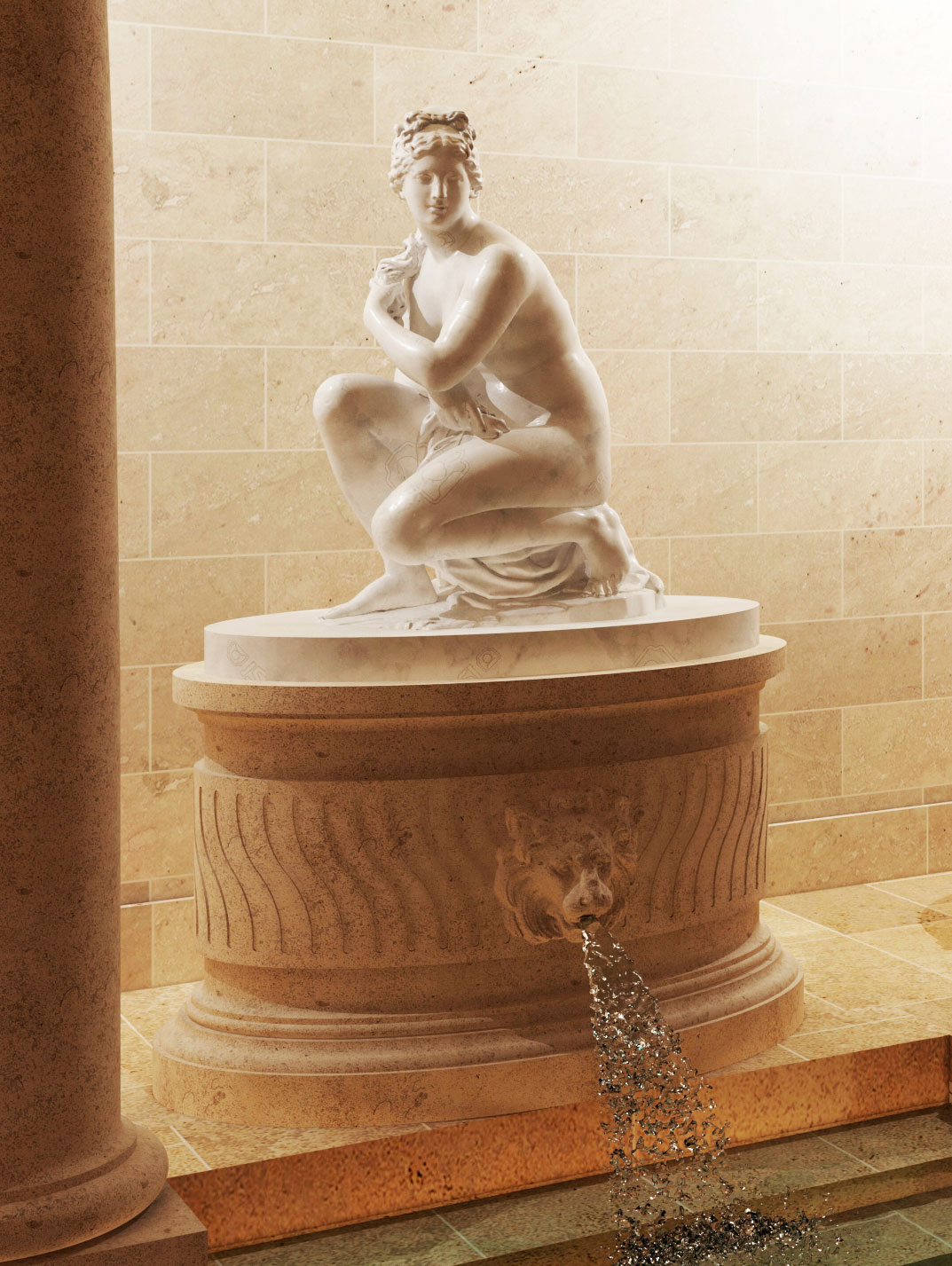 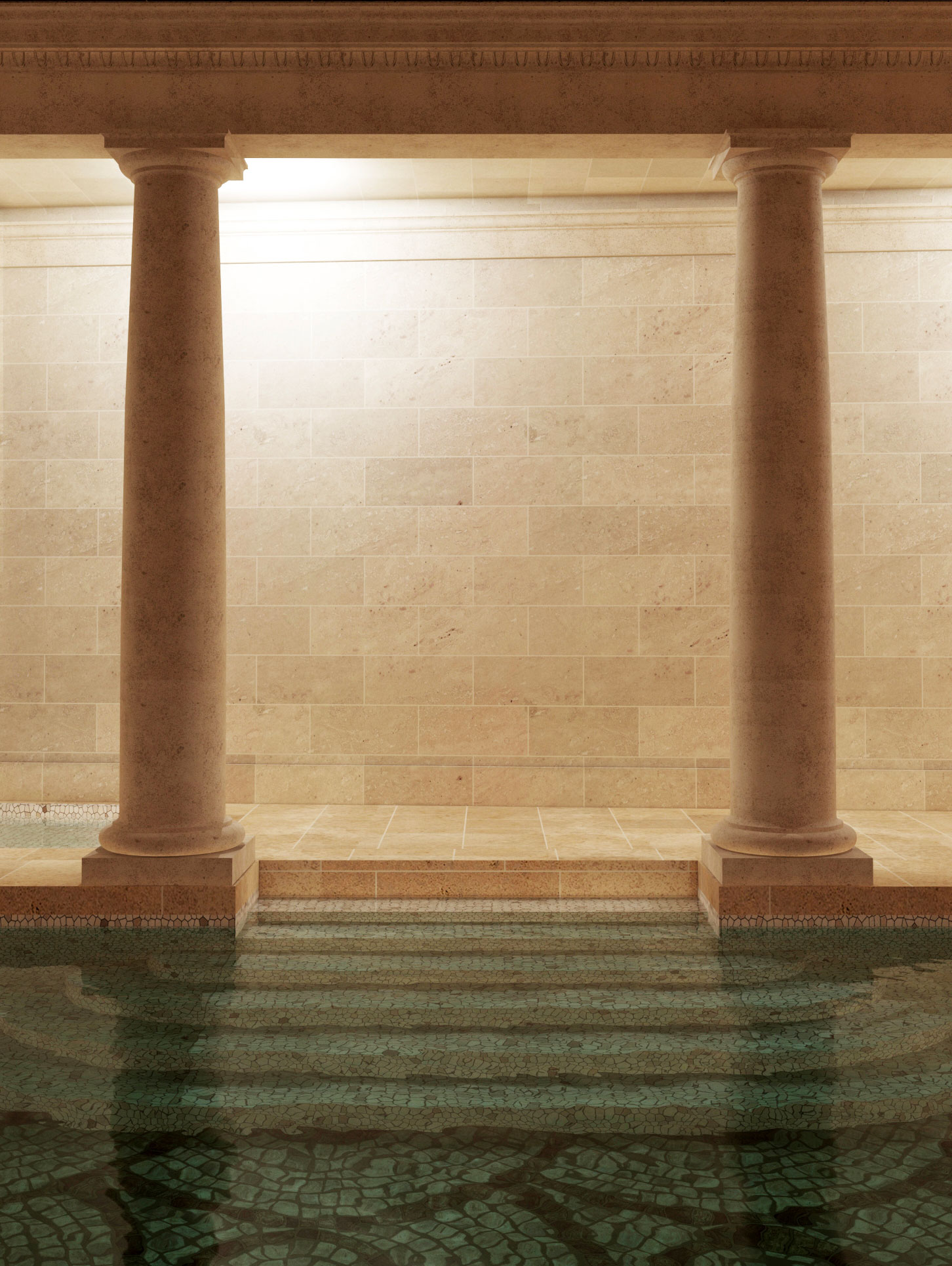 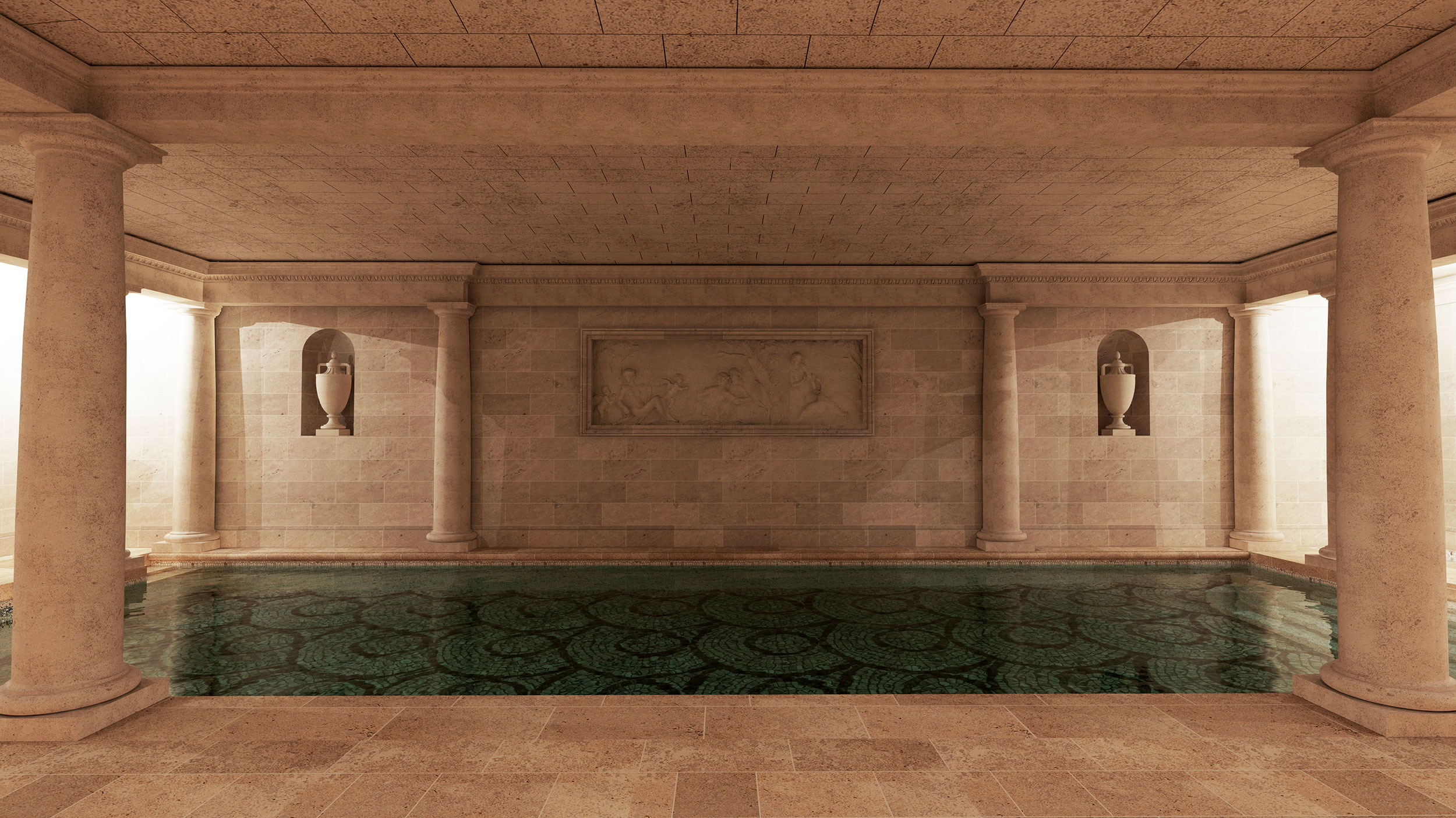 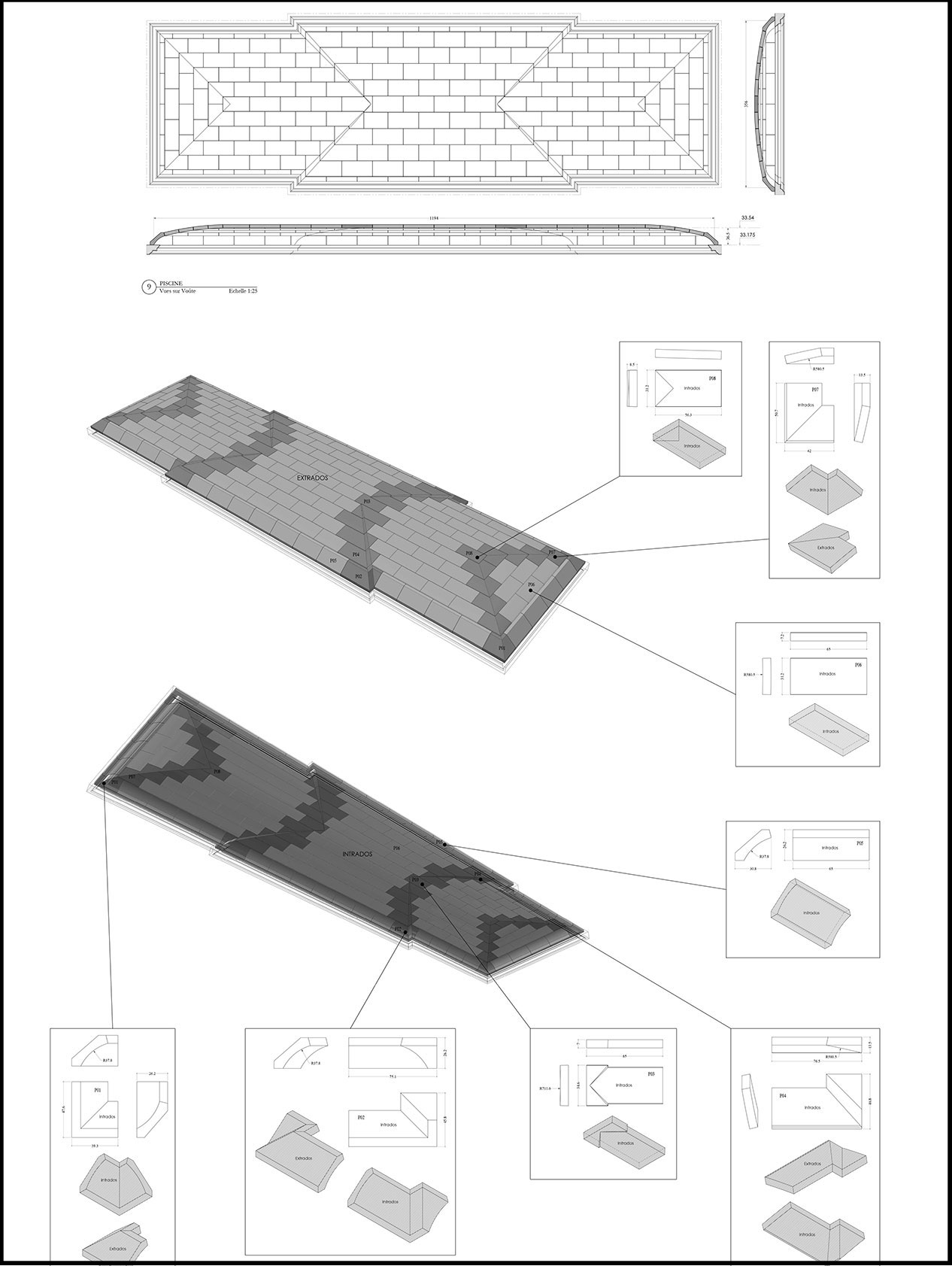 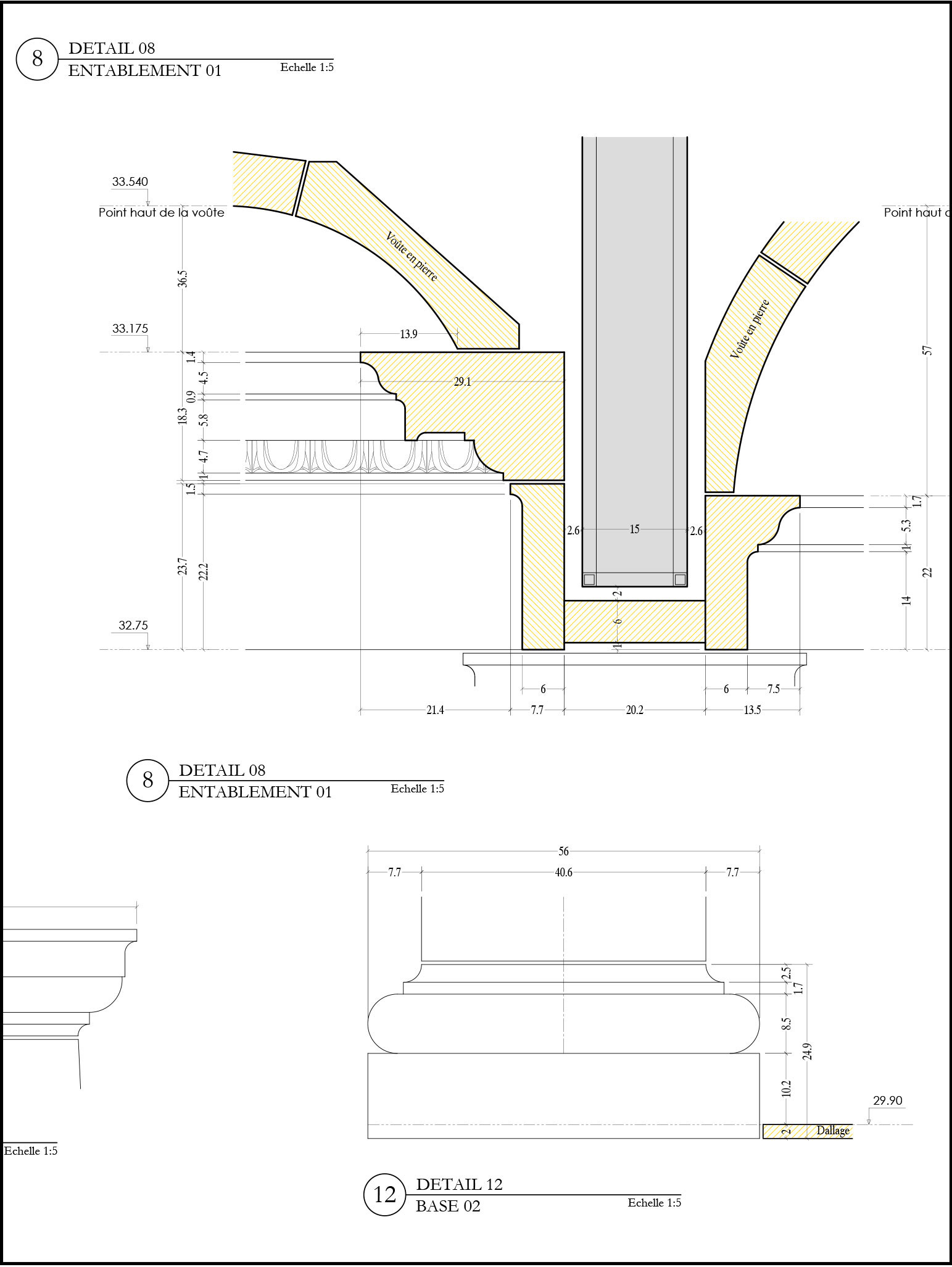